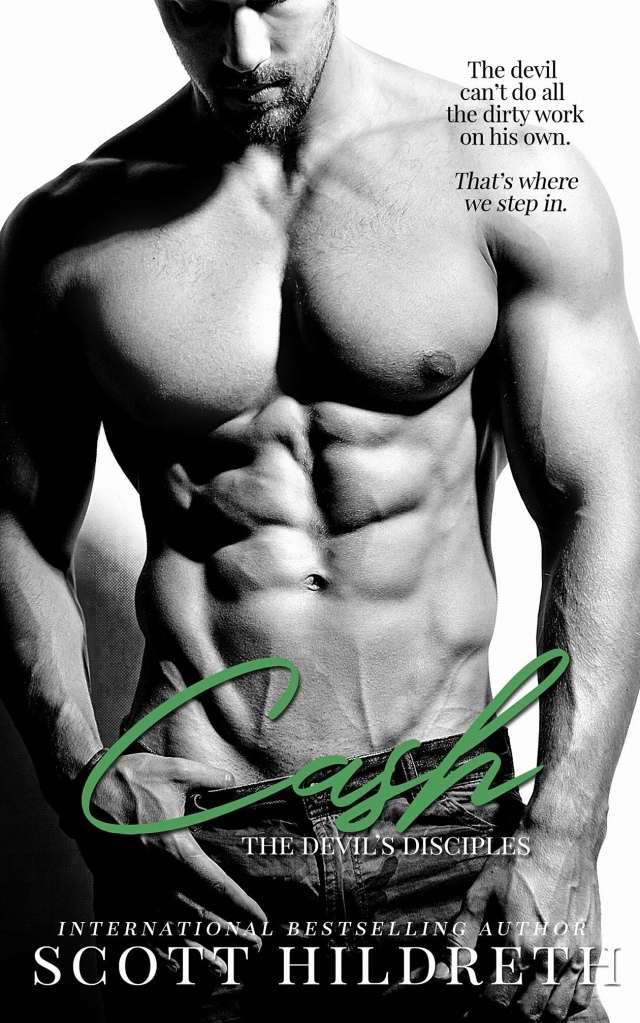 When I ran out in front of his speeding motorcycle, I was desperate. I had no idea who he was. I needed help, and he was my only prayer.

Cash Flannigan was handsome. He was intense. He was irresistible. And, he was a member of Devil’s Disciples MC.

But, as a “thank you” for him saving me on that dreadful night, I agreed to go on a date.

After all, I was divorced, sexually deprived, and reaching an age where it seemed no one wanted me.

Having a young biker look at me with lustful eyes was a nice change.

A change that made me tingle in all the right places.

OK, I admit it, I’m a tad addicted to Scott Hildreth’s writing. I was a quarter through another book and set it aside, just to read Cash. And I was not disappointed.

When I read Baker, and we were first introduced to Cash, I didn’t like him. Plain and simple. He was a hothead, who acted and spoke without thinking. And in a way, I kind of hoped he’d get written out of this series. While I still think of him being a hothead, he has become much more likable after finishing this book. Cash and Kimberly make quite the duo, and with Kimberly being 13 yrs Cash’s senior, really makes for an enjoyable story. The dealings with Marvin, Kimberly’s ex, were just what a lowlife like Marvin deserves.

Mr. Hildreth has said himself, this is not like his other MC series, and I agree wholeheartedly. Cash is a standalone and can be read easily without reading reading Baker first. But I suggest reading the series in order to get the most out of it.