Stealing her was never part of the plan.
Now keeping her is my only obsession.
There’s no reason our worlds should have ever mixed. She’s an angel, I’m a fucking beast—a rebel, an outlaw, a Bastard. I was born on the blood-soaked streets of Belfast, and reborn again on equally bloody ones of Boston.
But Nicole’s my addiction, my everything—my red-haired, blue-eyed, freckled skin, killer-curved obsession. And I’ve been watching her for months—hungry, hard, and aching for her.
It’s her father I’m supposed to take. The crooked, mob-bought Boston District Attorney has been pinning the crimes of his masters on my brothers. I was supposed to take him, to teach him a lesson. Except, he’s not there when I come calling.
But she is.
Like I said, our worlds should’ve never mixed—the innocent, brilliant, pre-law college girl and the filthy-talking rough and tumble biker. But now, they’re forever tangled. Because now that I’ve gotten my filthy hands on my firecracker of a captive, and gotten a taste of those sweet lips and smart sass, there’s no fuckin’ way I’m letting her go.
The mob wants to kill us both. There’s betrayal in my own ranks. It’s us against the world.
The thing is, they want Nicole? They’re going to have to come through me. And if they want to try that, they better bring a goddamn army.
From captive to my Queen. Nicole’s mine, and I’ll never let her go. 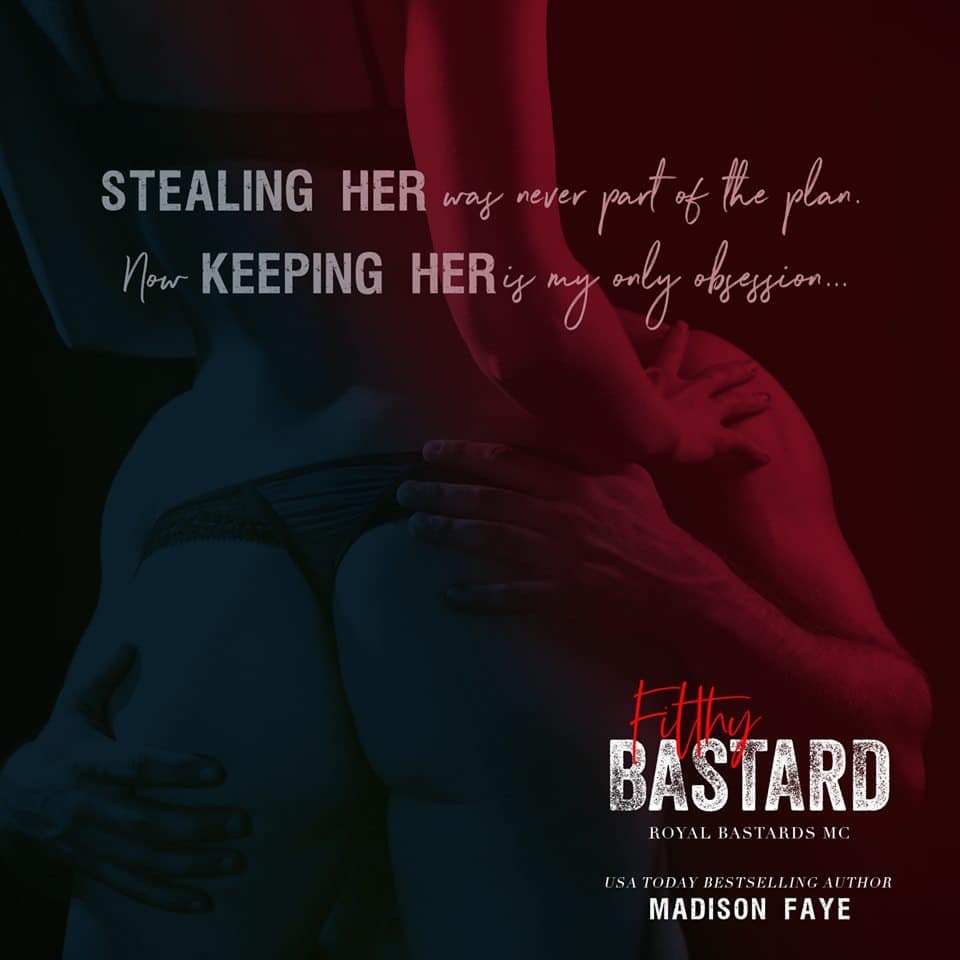 USA Today and #1 Amazon bestselling contemporary romance author Madison Faye is the dirty alter ego of the very wholesome, very normal suburban housewife behind the stories. While she might be a wife, mom, and PTA organizer on the outside, there’s nothing but hot, steamy, and raunchy fantasies brewing right beneath the surface!
Tired of keeping them hidden inside or only having them come out in the bedroom, they’re all here in the form of some wickedly hot stories. Single-minded alpha heroes, sinfully taboo relationships, and wildly over-the-top scenarios. If you love it extra dirty, extra hot, and extra naughty, this is the place for you!
(Just don’t tell the other PTA members you saw her here…)
Madison’s books have also been featured on MTV.com, VICE.com, and (probably) numerous anti-smut government and concerned citizens watch-lists.
Twitter – Facebook –  Web – Amazon
Goodreads –Instagram