Even at its very beginning, her reign felt tainted by the prophecies that surrounded it and the death that they foretold.
They were dark, speaking of unknown evils and the potential destruction of the realm and even the eradication of magic. It was not a destiny that Bae, the Kumari, wanted but it was the one allotted her.
Bae wished that she could deny them, call them falsehoods but she couldn’t, not when the fate of the whole realm rested on her shoulders.
It might cost her her life, or the lives of those she loved most, but she would stop at nothing to save magic, save her ren and hopefully save herself. 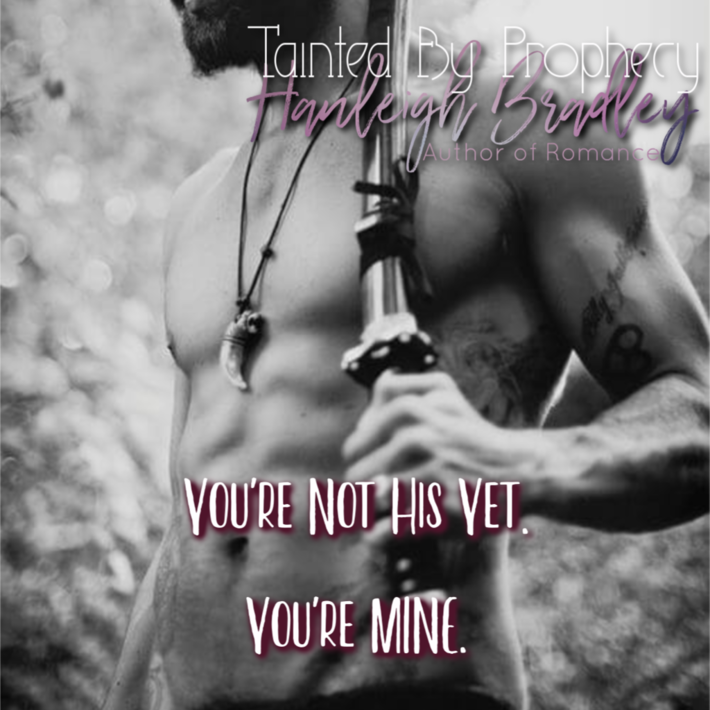 Hanleigh and several other Reverse Harem authors are giving away a bundle of books to celebrate the release of Tainted By Prophecy. There are a variety of ways to enter this giveaway and the more times you enter, the more chance you have of winning. 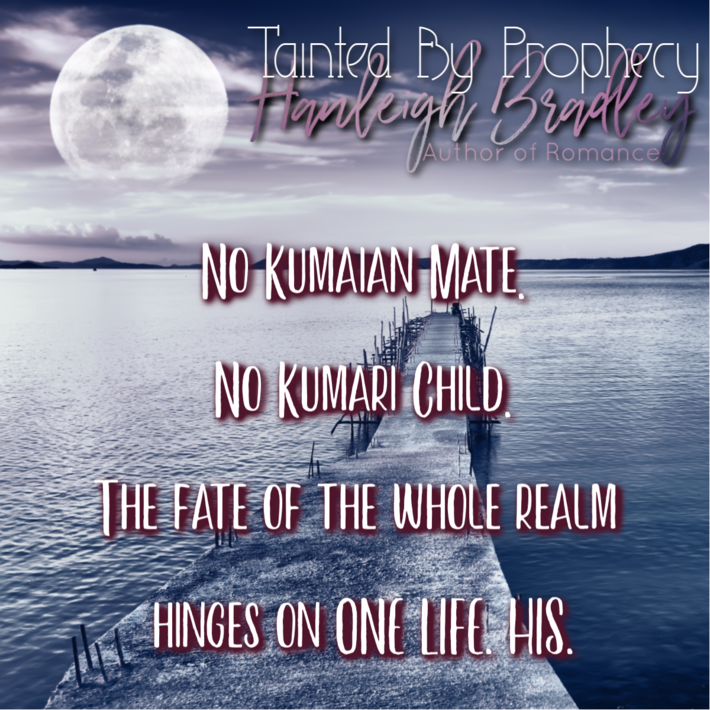 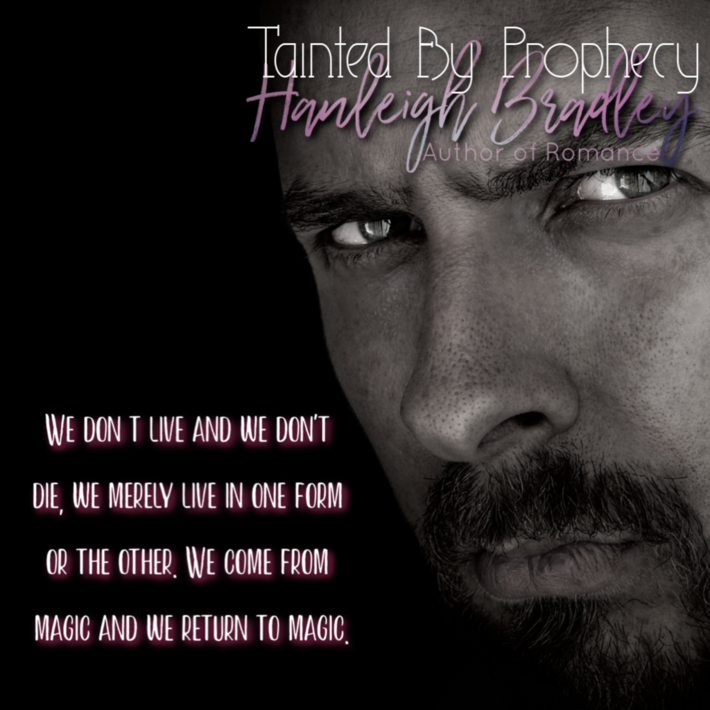 There was an urgency surrounding Bae’s guards as they began to pack the luggage into the procession of carriages that would take them to Nun or at least as close to the mountain range as they could safely get without the aid of the Nunsmen. Even the low ranging hills that ran the path towards the higher mountains were dangerous to traipse through, although compared to the highest of Nun peaks they were child’s play.
Bae could only hope that her emissary would be able to arrange for safe escort through the mountains at such short notice. Nunsalem, the Nunman who was supposed to be attending them, would not be expecting them for another ten days.
Bae knew that leaving Laoshi so soon after the Claiming would not be well received by the Laoshian Ren. She hadn’t even had an opportunity to hold court in the city before she was preparing to leave. It was hard to believe that the Laoshians wouldn’t resent her for it. The time following each Claiming was an opportunity to build bonds of friendship and loyalty with each of the tribelands so to leave now was a horrific snub but Bae had no choice.
Her schedule had been completely thrown aside this morning when her elder brother, her Chief Protector, had knocked on her bedchamber door to announce news from Kumai. There had been an attack on several of her Kumaian suitors and it was completely possible that her yet to be claimed Kumaian mate was amongst those hurt.
That knowledge had her blood boiling with anger and her magic sizzling with a strong need to claim him as her own.
Threatful, Bae was stood watch as her belongings were loaded into the carriages. Her mind was disordered as she tried to process everything that had happened in the small period of time that had passed since her Commencement. She had been Kumari for just over a month and yet so much had happened.
Much of it didn’t make sense.
She’d hoped that Laoshi would hold some of the answers in its many libraries but what information she had been able to garner had done little to alleviate her concerns. If anything, her fears had grown rather than diminish. She felt as if she was racing against an enemy whose speed she could not gage.
It was now clear why her advisors believed her to be the Kumari that the prophecies spoke of. Her destiny had been predetermined by the death of her mother. There were countless prophecies surrounding the line of the Kumari but over four-fifths of them were relating to a single queen.
Those prophecies were far harder to swallow than the others.
They were darker, speaking of unknown evils and the potential destruction of the realm and even the eradication of magic. It was not a destiny that Bae wanted, but it was the one that had been allotted her if the prophecies were to be believed. Bae wished that she could deny them, call them falsehoods but everything that had happened and even the words of the Kitsune on the night of her Commencement made sense only in the light of the prophecies.
Even at its very beginning, her reign felt tainted by the prophecies that surrounded it and the death that they foretold.

Tainted By Prophecy is the second book in a Seven Book Fantasy Reverse Harem Series. If you haven’t read Cursed By The Crown, the first book in the series, there’s no better time than the present.

Hanleigh is a British author. She was born in Scotland but has lived near enough her whole life in the South of England, although she recently moved to the Midlands. Hanleigh loves reading books more than anything in the world; whether it’s reading them or writing them, Hanleigh just can’t get enough.