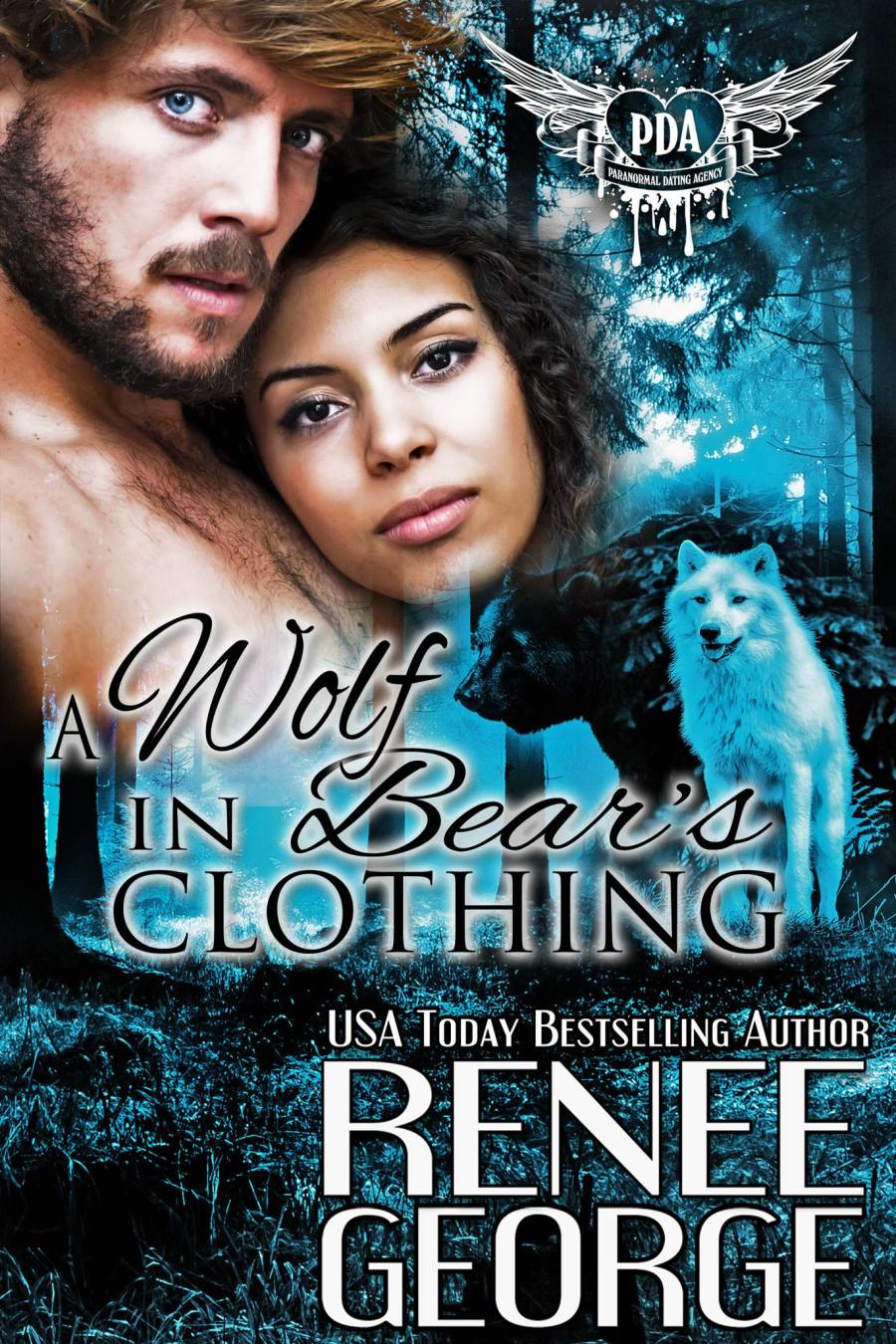 Blurb:
Since only a male heir can assume the reigns of the Orsino Bear Clan, quirky and curvy Quinn Orson needs a bear husband and fast. Quinn would willingly let go of her father’s title, wealth, and property—after all, she’s a doctor and lives independent from the clan, but if she doesn’t find a suitable mate in the next two weeks, her mom and younger sisters will suffer the harsh consequences. Quinn wants to save her family’s legacy–she just doesn’t want to marry some hairy beast to keep it. Desperate, Quinn seeks the help of the Paranormal Dating Agency. When she meets sexy security specialist Luke Dashwood, their instant attraction makes him the perfect hubby candidate. After all, if he smells like a bear and acts like a bear … then he’s a bear, right? Um… Werewolf Luke Dashwood wants Quinn Orson, the voluptuous emergency room doctor whose beauty and smarts make his inner beast howl. When he learns she’s gone to the PDA to find a mate—he’s determined to show her that he can be her one and only. Two problems. 1. She’s the eldest daughter of the Orsino bear clan, and needs a mate to keep her family’s legacy intact. To clarify: A bear shifter mate. 2. She’s the target of an assassin hellbent on killing her before she can reclaim her birthright. Now, Luke’s wolf is ready to bear-up and do whatever it takes to keep the woman he loves safe—even if it means losing her forever.
Buy Link: https://amazon.com/Paranormal-Dating-Agency-Clothing-Novella-ebook/dp/B072PYLRVV/
PDA Launch Landing page: http://millytaiden.com/paranormal-dating-agency-kindle-world/
Author Bio: