Deader thought he had all he ever wanted. Forensic anthropologist, Nelson “Deader” Montreal, is the bone-whisperer. While he has the success of high profile cases under his belt, his newest investigation is a serial killer dubbed the Redeemer. Unlike other murderers, this one kills some victims and spares others, the random selection stumping law enforcement. When Deader scents his mate on one of the survivors, everything changes. Concealing evidence from the investigation doesn’t set easy with him, but what’s a tiger-shifter to do when the scent of his mate is mysteriously tied to the Redeemer? Then his mate brought excitement into his life. Skarlet Weston is a sex-toy entrepreneur moonlighting as a vigilante. Saving the world is easy with magic at her fingertips. There’s just one major hitch in her life… her people want her dead. When she’s attacked and barely escapes with her life, she seeks refuge in Blue Creek with a friend. The city might seem like a sleepy town, but thanks to the town meddler there’s never a dull moment. Caught between a rock and a hard place… Deader never expected to find his mate in a foul-mouthed redhead, but she’s everything he could’ve wanted, and more. Except she’s complicated, sassy, stubborn, and her murderous family is just the beginning of her issues. Worried he won’t be able to protect her from enemies he can’t identify he’s thrown into a tailspin when the Redeemer unexpectedly strikes again. Can he dismiss his oath to law enforcement and ignore Skarlet’s involvement with the Redeemer? Or will he be forced to choose between them? …has never come in a sexier package. 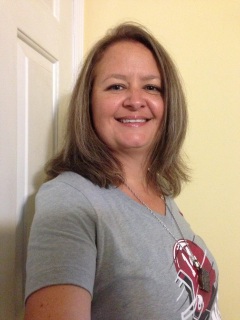 Gracen is a hopeless daydreamer masquerading as a “normal” person in southern society. When not writing, she’s a full-time mom for her two sons and a devoted wife to her real-life hero-husband. She has an unusual relationship with her muse, Dom, but credits all her creative success to his brilliant mind. She’s addicted to writing, paranormal romance novels and movies, Alabama football and coffee…addictions are not necessarily in order of priority. She’s convinced coffee is nectar from the gods and when blending coffee and writing together it generates the perfect creative merger. Many of her creative worlds are spawned from coffee highs and Dom’s aggressive demands. To learn more about Gracen or to leave her a comment, visit her website at www.gracen-miller.com.
https://www.facebook.com/GracenMillerBooks/
https://twitter.com/GracenMiller
http://www.gracen-miller.com
https://www.amazon.com/Gracen-Miller/e/B005012CAU/
https://goo.gl/SKFb4n