Editor: Jenn Wood / All About the Edits 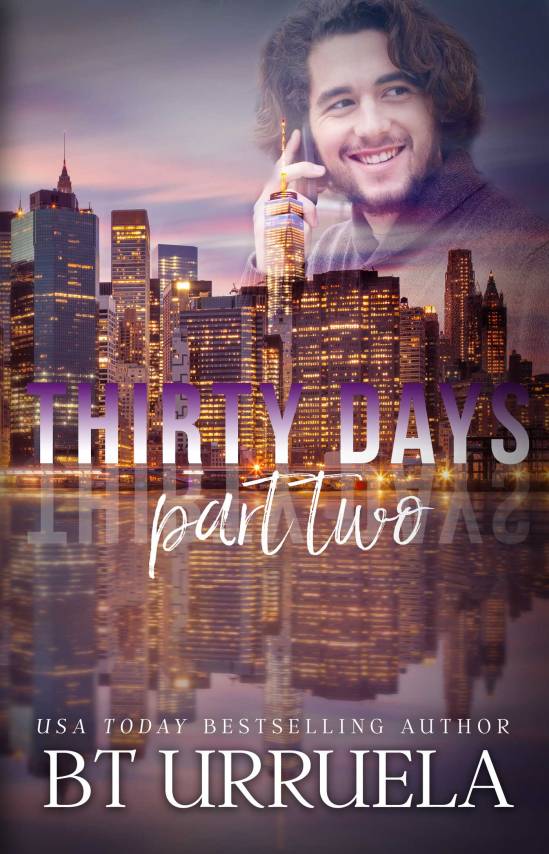 A week into his thirty day challenge, Gavin has unexpectedly found himself interested in two women he’s met through the SwipeDate app. As he continues with his best friend Bobby’s twenty-five thousand dollar proposition, he finds himself drawn to both Sami and Megan, each unique and intriguing in her own way. While interest grows with the two of them, he’s becoming increasingly annoyed by the daily first dates, and the disruption they’ve brought to his life.

Despite the annoyance, Gavin finally sees progress in his recovery from mental illness and discovers a hope he hasn’t felt in years. An unexpected run-in with his past will test this newfound hope and threaten to crush the foundation he’s worked so hard to build. Can Gavin find the balance he yearns for, and a woman to love, while the circumstances he’s struggling with are still so fragile and raw? 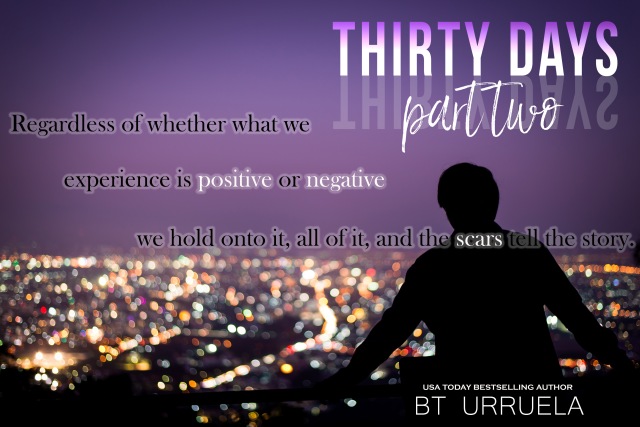 Gavin is a struggling writer with a complicated past, who’s reeling from the loss of the only woman he’s ever loved. More than a year after the breakup, he’s still suffering major heartbreak and a serious case of writer’s block. In an attempt to help him out of his funk, Gavin’s best friend and fellow writer, Bobby, sets up an account for him on the new dating app SwipeDate.  After a few unsuccessful dates, Bobby challenges him to thirty more dates in thirty days. If Gavin can complete the challenge, Bobby will give him a check for twenty-five thousand dollars.
Does Gavin have what it takes to complete the challenge? Or will the trials and tribulations of modern dating prove to be too much?
Find out in Thirty Days…

BT URRUELA was an infantryman in the US Army from August 2004 until February 2011. At the end of a year long tour to Baghdad, Iraq, his vehicle was hit by two roadside bombs, which took his right leg below the knee and the life of his commander. He was awarded a Purple Heart for his wounds, an Army Commendation Medal, and Combat Infantryman’s Badge. He medically retired from the Army in 2011 and moved to Tampa, FL where he currently works as a Director and Brand Ambassador for VETSports, a veteran community sports nonprofit he co-founded in 2012. He also conducts motivational speeches, works as a cover and fitness model and he’s a personal performance trainer. He co-wrote the novel ‘A Lover’s Lament’ with author KL Grayson in 2015. He released his first solo novel, ‘Into the Nothing’ in June 2016, ‘Wicked Little Words’ with author Stevie J. Cole in October 2016, ‘Alphas & Fairytales: A New Year’s Eve Anthology’ and ‘Into the Blood’ in December 2016 and ‘Thirty Days: Part One’ in February 2017. He lives in Tampa with his dogs, Kiko and Scout, and is writing full-time. (Author photo by Christopher John / CJC Photography)